An enlightening documentary, a hilarious conversation, and two great characters made an afternoon at the Wellmont Theater a must-be place during the final weekend of the Montclair Film Festival. The excited, sold-out crowd broke into a thunderous round of applause when the still extremely popular Bill Nye walked into the theater. He brought his new documentary, Bill Nye: Science Guy, to screen and took part in a conversation with Stephen Colbert following the film. As a former mega-hit TV show host, Nye is now educating adults on climate change, evolution vs. creationism, and solar sails.

Bill Nye: Science Guy follows the last two years of Nye’s life and what he has been up to following retiring from the lime light. Most people remember Nye from his popular 1990’s children’s show Bill Nye, The Science Guy, which is still shown in science classrooms across the country today. Now, twenty years later, Nye has changed gears to educating adults on important scientific matters instead of children, much like his late mentor Carl Sagan. The new documentary shows Nye’s journey to becoming a well-respected expert, without having a PhD in any field of science. He frequently battles his biggest rival, creationist Ken Ham, to prove science is the driving force of the world.

One of the film’s themes is evolution vs. creationism. Nye discusses how it is irresponsible to teach children about religion during science classes because they are separate topics. Interestingly, Nye doesn’t have any problem with religion. His problem is when creationists want to teach it in science classes and deny scientific fact. It was interesting to see how Nye handles these situations, especially when challenged to debates about the topic. Another hot-button topic Nye has gone all in with is climate change. He is a huge climate change advocate and spends most of his time trying to convince climate change deniers that the problem is real. He is frequently challenged for being outspoken on the topic, but he takes every opportunity he can to educate people, making Nye an educator at his core.

Nye has also recently become the CEO of The Planetary Society, which was founded by Sagan. He has been an integral part of the solar sail program that Sagan dreamed up, which has now become a reality. The fourth part of the film shows Nye’s personal, family life. Nye recounted his life prior to landing his first TV show. After graduating from Cornell University with a mechanical engineering degree, he was recruited to work for Boeing in Seattle. He was discovered as an entertainer while taking part in a Steve Martin impersonation contest. Nye had always loved science and volunteered at Seattle science centers in the 1980’s. While volunteering, one of his coworkers suggested that he should be called Bill Nye the Science Guy.

Following the film, Colbert and Nye took the stage to discuss the themes that were presented. Nye is quite the character and frequently referred to Colbert as “dude.” Nye hammered home that when he debates people who oppose his views, he shows the scientific facts to justify his opinions. This has made Nye into a respected science expert in the community. He still doesn’t understand why there is a flat Earth movement when there are pictures of the Earth everywhere. Colbert slyly answered with, “That’s because [the pictures] are flat, Bill.”

Nye sat through the film with the audience and said that, “This film really gets to me.” The film means a lot to him, and it seemed that he enjoyed the crowd’s overwhelmingly positive reaction when it ended. The film is also layered with a political undertone, which was expressed openly during the conversation. Nye firmly believes that he can get through to climate change denier President Trump through space exploration, as NASA is heavily supported by the most conservative southern states. Nye feels that he can get President Trump to change his mind on science and climate change with enough work, as he is also not sure that President Trump means what he says about the environment. It felt like Nye is on a personal mission, which Colbert thinks is a long shot. Nye took a minute to go off topic and praise Colbert’s recent political jokes by saying, “Dude, you’re killing it!”

Lastly, Nye believes that the United States should get involved with The Solutions Project, which he says can easily power the country, and many others, with natural resources if we just chose to do so. Nye thinks that wind energy is the way to go and could be the future of running the country on renewable energy. As the showman he is, Nye was able to be a comedian and serious during different parts of the conversation, much like Colbert. They were a great team to watch interact on stage, making the event very fun. 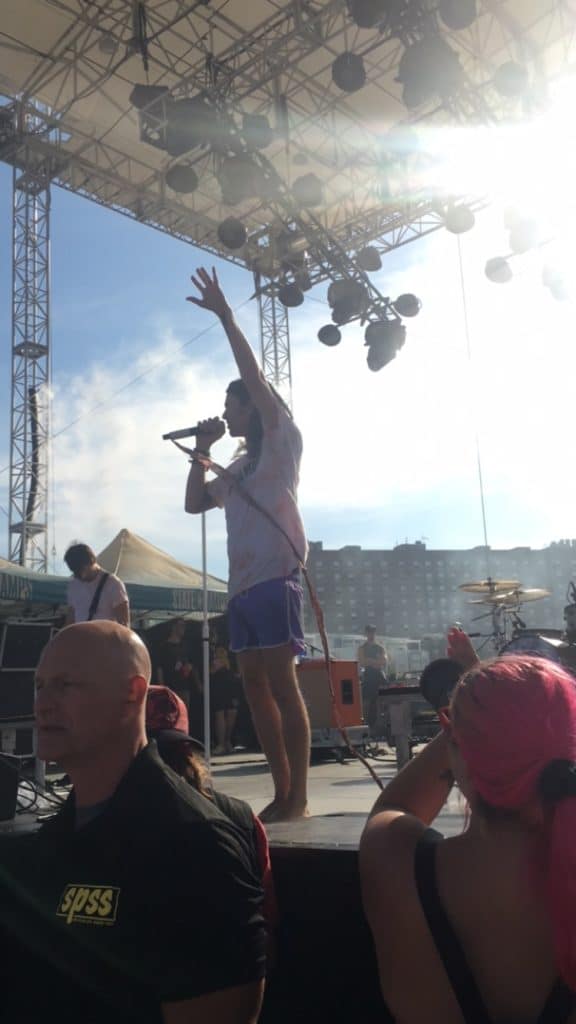